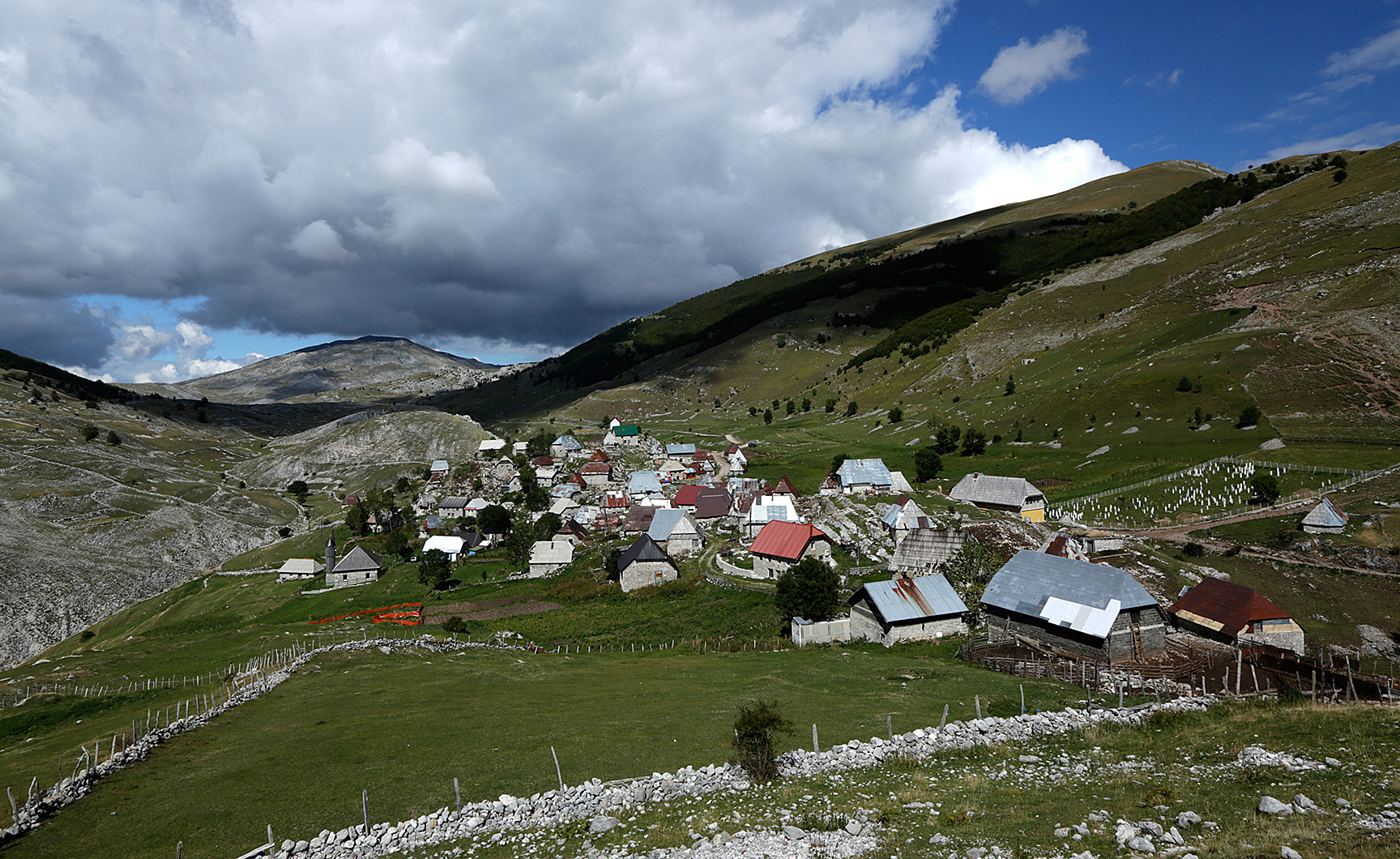 I was helping a Swiss TV crew do a documentary on Bosnia some years back. I can’t recall exactly when but I do know it was summer. They asked me to take them to Lukomir, the highest and most isolated permanent settlement in Bosnia and Herzegovina and a highlight of the Via Dinarica’s highland cultural heritage. It’s as close as one gets to a medieval village in this part of the world.

It was early morning and a weekday, so there were no tourists milling about. Most of the younger people from the village were going about their daily morning chores of milking the cows or taking the sheep out to pasture. I greeted a handful of the village elders as we wandered through their highland homesteads. We made a loop and upon our return I found a village elder, Dedo Duran (rahmetli), sitting on a rocky outcrop in front of a stone barn. He seemed lost in thought. I sat down a few meters to his left in silence. 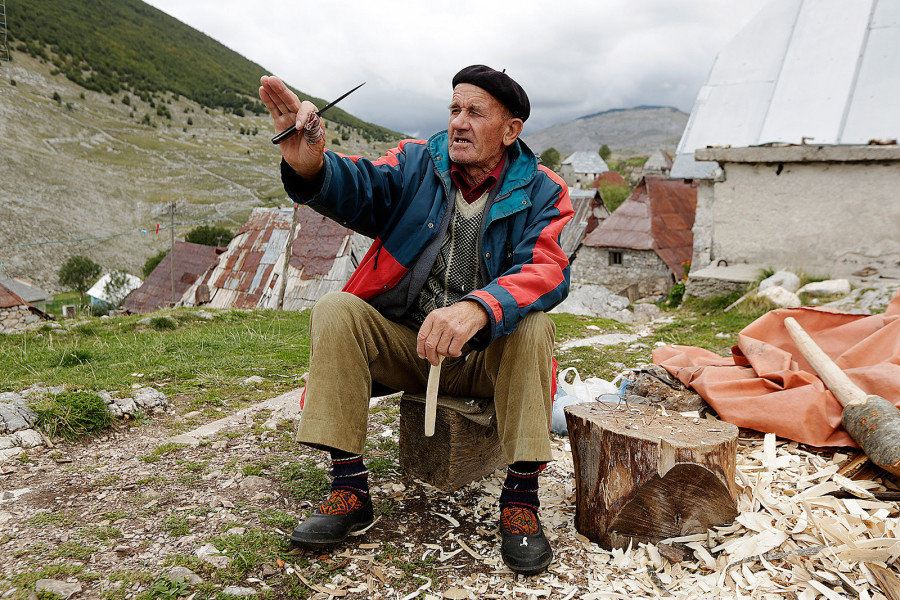 The TV crew seemed confused. The producer politely asked me what I was doing. I wasn’t exactly sure… until I was. My answer was “I’m keeping him company.” I told them that more elders would soon appear and that they too would just come and sit. Dedo Duran rolled a ‘shkija’ cigarette. The tobacco comes from Herzegovina in what looks like a blue shoe box. He licked the shkija, stuck it to his lip and let it hang until he was ready to light up. The producer seemed puzzled, doubtful even, of my answer. Within a few minutes a few elderly men strolled over, lifted their pants at the knees and sat down on comfy spot on the rock. Within ten minutes there were six of us there, minus the TV crew, sitting in silence.

I think the producer thought I had staged all this for him. I assured him I hadn’t.  He asked one of the gentlemen who had come over and sat near Dedo why he had done that. Without hesitation he explained ‘It’s ok to be alone in ones thoughts. But we should never leave each other alone. There are enough hard things about life here, we don’t need to make loneliness one of them. We depend on each other. So I sit next to Dedo Duran just like he would come and sit next to me. We don’t always need to speak but it’s important for everyone to know that they are never alone.’

The other men gazed at the producer in quiet compliance. Dedo Duran lit the cigarette he had just rolled and stuck on his bottom lip. This village elder, a highland shepherd, had just laid out, in the most simplistic of terms, the nature of our existence as social beings.

The producer, ecstatic about the elderly man’s profound answer, turned to me, still puzzled, and asked “But how did you know to do that?” At that moment I realized that this was the first time that I was one of ‘them.’ I was always warmly welcomed there. I felt accepted. There was most certainly a reassuring mutual trust among us. But I wasn’t one of them. Not until that summer morning.

So my respect and admiration for ‘them’ transformed into a sense of belonging. And what I was grateful to belong to was not a state or a nationality, but rather the circle of ancient knowledge, often unspoken, that indigenous people possess about the value and essentials of our social fabric.  This is where the idea and principles of Via Dinarica were born. It is not, however, only about stunning, untouched wilderness.  It is the highland customs and lifestyles that set the Via Dinarica apart from other trails in Europe, making it one of the last true portals to old-world Europe.

It’s sometimes true that white westerners have the habit of romanticizing or demonizing ‘old world’ traditions and ways of life. We tend to view indigenous peoples as poor folks who, of course, need our help to be like us. But for me the highlanders of the Western Balkans are a precious, and indeed rare, window into our not-so-distant past. I have learned a tremendous amount from the simplicity and wisdom of mountain peoples, whether they be in Lukomir or Lamay. 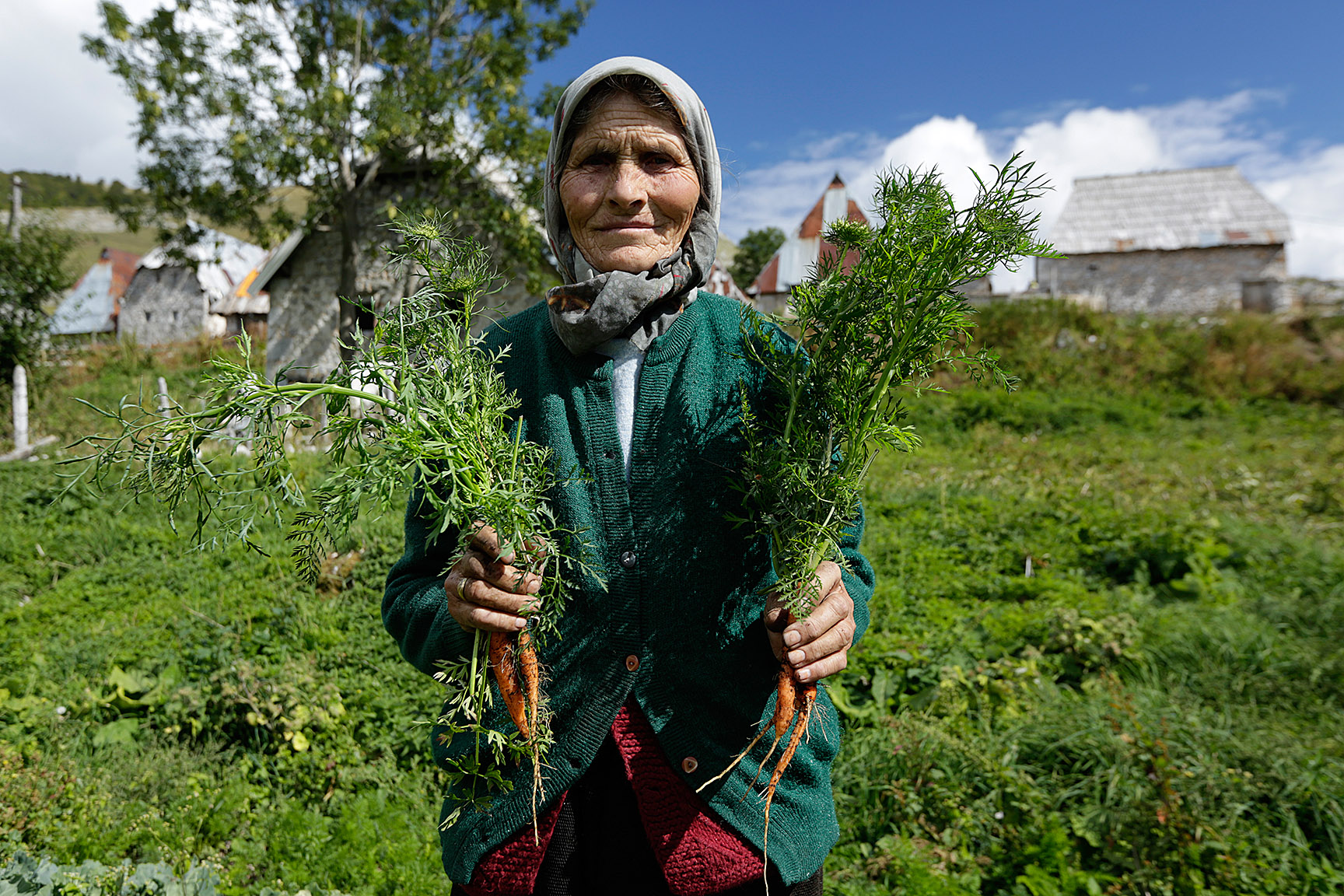 In developing the Via Dinarica I have discovered a small glimpse of the magic, warmth, and ruggedness of the people of the Dinaric Alps. It is not a pathetic illusion of a fairy tale world. Their lifestyles are difficult and, sadly, dying. They too grapple with problems of the world, old and new. But there is a fierce self-reliance that inspires us as much as the dramatic and pristine nature that is their home.

Many of us wrestle with the challenge on how to protect and preserve this precious heritage – both natural and cultural. There is certainly no single or simple answer. But along the Dinaric Alps that stretch from northern Albania all the way to Slovenia are dozens of remote, traditional villages that have lived in sync with some of the most spectacular mountain scenery in all of Europe for many centuries. So it seems logical to try and connect the dots as, forgive the cliche, there is strength in numbers. That is why so many are embracing the vision of the Via Dinarica.

It’s more than just a trail.