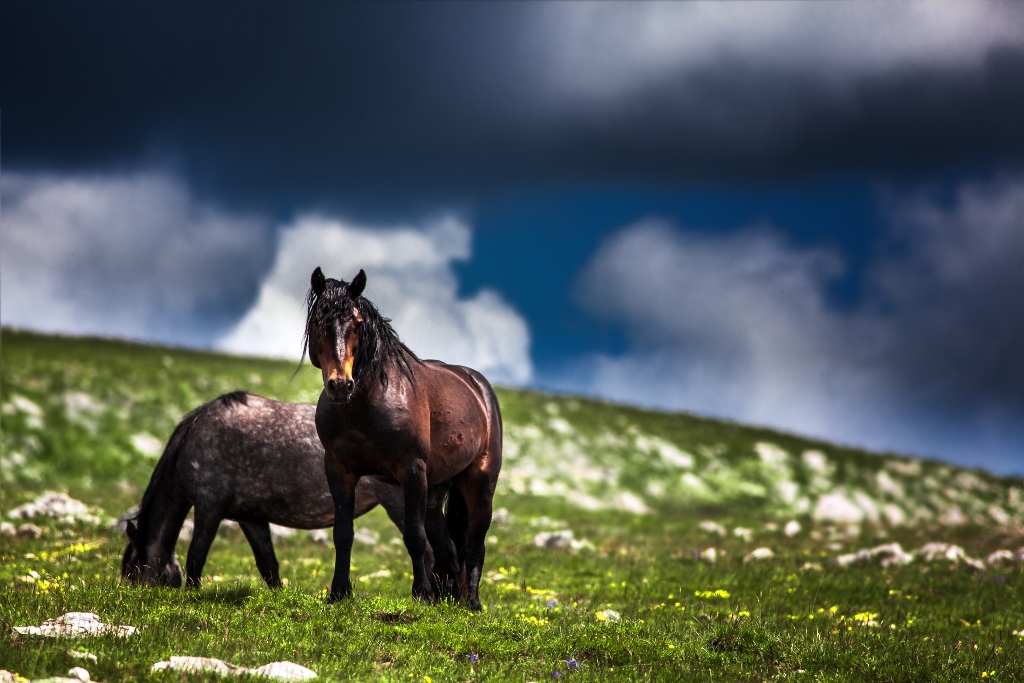 On the plains and foothills of Cincar Mountain, which towers above the town of Livno in western Bosnia, wild horses roam free. There is said to be over two hundred of these horses roaming the area, having first appeared in this location almost half a century ago after being abandoned by owners who were increasingly using mechanized means to agriculturally exploit the valleys below.

Despite bitterly cold winter winds, attacks by wild animals, and the conflict that raged in the area in the early 1990s, these horses remain self-sufficient, able to feed themselves without direct need for human intervention. Indeed, even in the winter months, they are able to dig down into the snow to forage on the grass below. 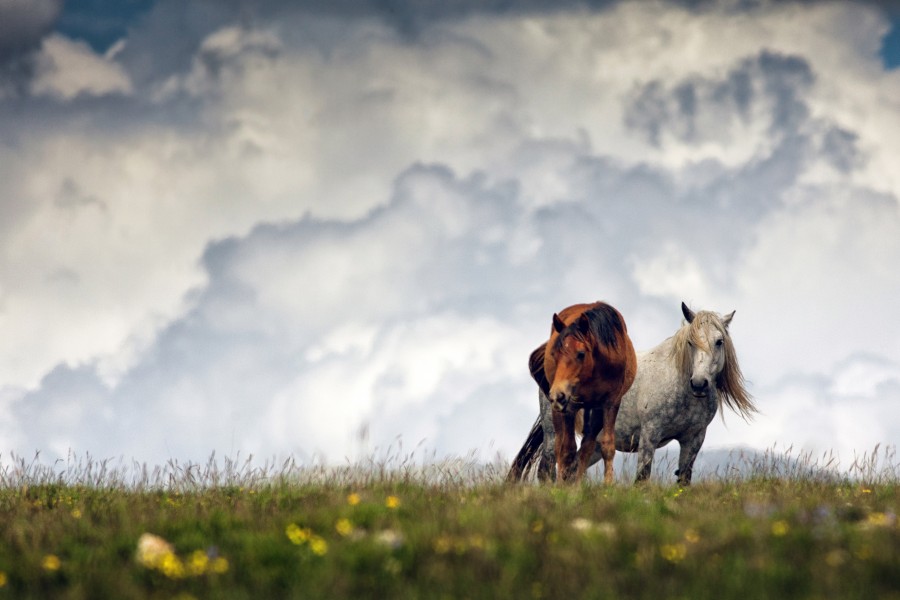 Despite their self-sufficiency, a network of volunteers, ranging from local mountaineers to even a benevolent gang of local motorcycle enthusiasts, protect the horses all year round and preserve their numbers.

Local legend has it that these horses very rarely cross the main road that links Livno to the neighbouring town of Kupres, and which approximately divides Bosnia from Herzegovina, because they are proudly Bosnian, just as the inhabitants of Livno regard themselves as Bosnian, not Herzegovinian.

In recent years the horses have become as increasingly identified with the town of Livno as the wonderful local cheeses for which the town has always been known. Guided tours of the habitat of these horses are now available and increasing numbers of tourists are to be found on the mountains throughout the summer months.