From Sarajevo via Treskavica to Kalinovik 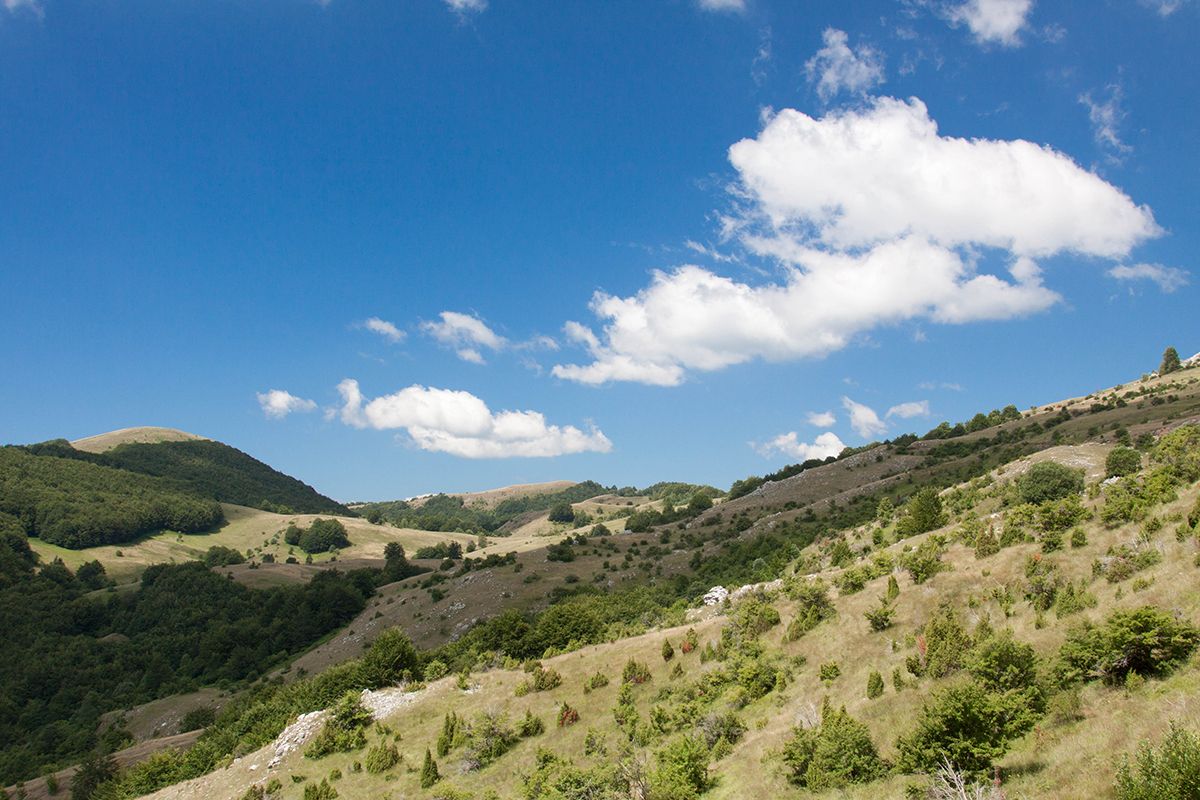 After buying a new trekking pole and eating lots of calories in busy and warm Sarajevo it’s time to leave for the cool Bjelasnica mountains. Not after drinking coffee with Kenan, coordinator of the trail, who wants to know all about my experiences on trail. Asking difficult questions like, what part do you like best?
Because of the coffee I have a late start. I planned on hiking out of town, but it’s too warm for that now. A taxi brings me to the hotel area at Bjelašnica. There’s quite some preparation going on for the upcoming winter season, but after a few hundred meters I’m back in the silent, white mountains.

A fast hike over a 4×4 track brings me back to Umoljani and after a few km’s next to the road-walk and a few more km’s through farmland (lots of springs at the side of these roads). I’m at the foot of Visočica mountain. Here I meet some local people who left the Sarajevo warmth for a cool and relaxing village home in summer.

It’s five in the afternoon: too late to hike up Visočica, too early to stop hiking. Via a walk around the mountain over quiet village roads I reach hut Vrela. The keeper speaks a little English and there’s cola for sale, the hut is well taken care of and there’s a shower. Yeah!

And then, a small group of hikers arrive. They just climbed the mountain and we chat a little. People being people and being concerned they somehow mistake me for tourist who doesn’t now what she’s up to. The upcoming hike over the road through Treskavica is, I agree, not the most scenic hike in Bosnia and Herzegovina. ‘No one from here would ever walk that!’ True, thru-hiking is not the same as a day out climbing a peak and riding home afterwards. Sometimes there’s not so spectacular parts to hike, also because there’s mine danger on Treskavica.

When things get clarified they invite me for dinner and as fast as they arrived at Mountain Lodge Vrela, they leave (guys I did not even get the chance to ask your names?!).

Overnight there has been a change of weather; now there’s thick and dark clouds instead of clear blue skies. The first few km’s are a hike over the road. The drivers of the few cars driving by stop and ask me about my plans and telling there’s mines at Trescavica, offering me a ride. ‘Yes, I know, thank you for sharing, no thanks’ – in multiple languages.

In the afternoon it’s partytime: it rains showers, just as I start the hike up the boring forest road up Treskavica. Now I wouldn’t mind a ride. Too bad there’s no traffic out here. 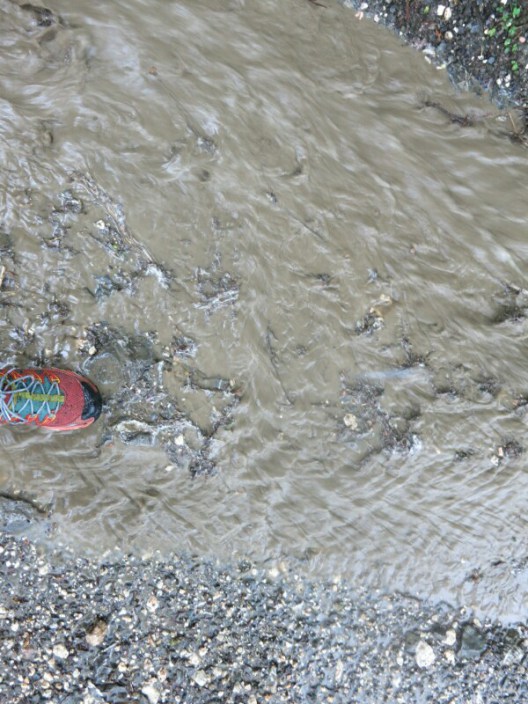 Arriving at the top of the road the showers stop and there’s a spring. Upon taking my full Gore-tex suit off, I discover a soaking wet and propably drowned phone in one of my pockets. The phone I bought just over a week ago to replace the one I lost in the dwarf pine bushes at Prenj.
How do I manage to do this? Shame, shame, shame, shame, shame on me. A few rays of sun and nice views after the boring forest road cheer me up a little.

Then there’s a crossing: the trail goes through the mountains to the town of Kalinovik (longer, more scenic) or it’s the pretty ok and faster roadwalk to Kalinovik. There’s also pretty impressive clouds being blown in the direction I’m going. I take a break and watch the clouds for a bit and decide to take hike the fast route.

After buying a bag of rice for my phone at one of the convinience stores I check in at the hotel in Kalinovik. A little while later a 24hr rain-, thunder- and lightning-show starts.
More pictures on Instagram. Support my adventures and buy me a carbonated and sugary soda pop.