All good for you 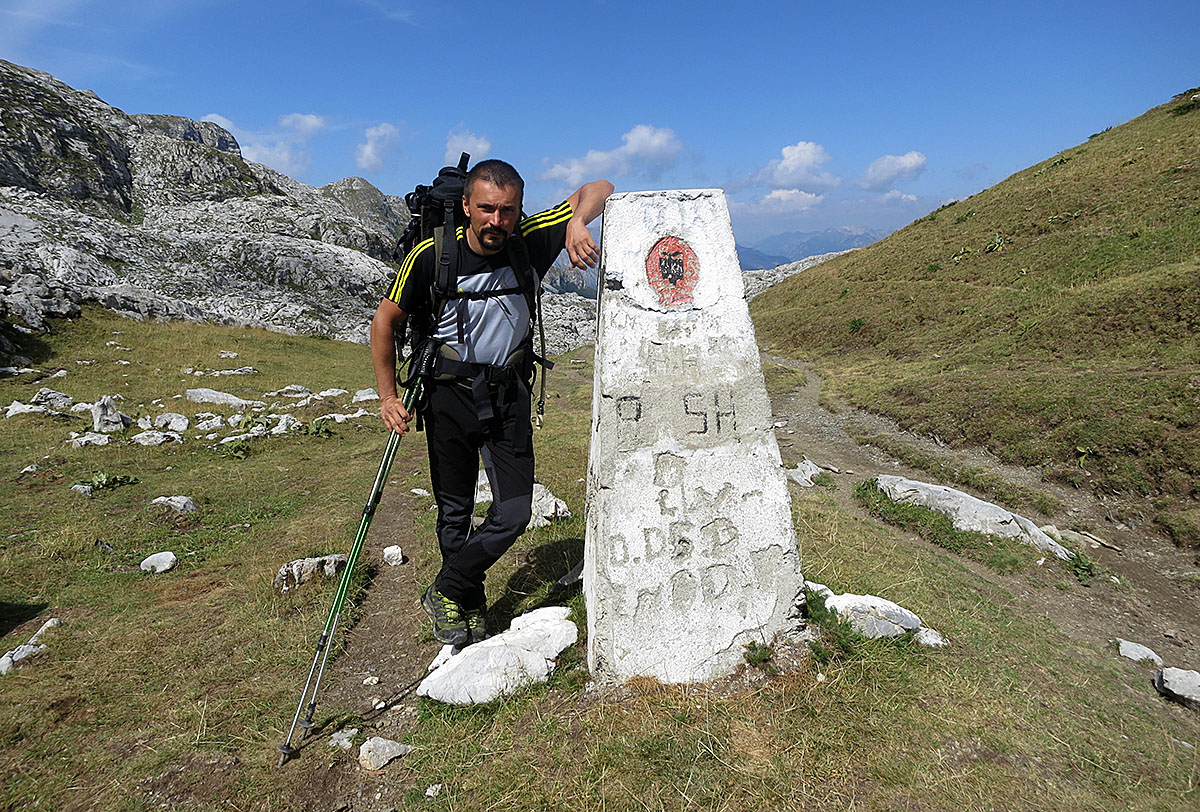 Some 600 years ago, one Selim Pretash from Vuthaj (now in Montenegro) decided to settle permanently in Valbona. Before this, the narrow valley had been visited only in summer, for grazing cows, sheep and goats. Selim, one imagines, built a house, had himself some sons, who in turn built themselves some houses, and thus the Selimaj were born. On old maps, for example the one on the wall in Tirana’s archeology museum, you’ll see this name, “Selimaj” and not Valbona.

Can you, dear guest, imagine what this was like? Quite easily, in fact. While tourism has been growing astonishingly (to us at least) in the valley since 2005, not much has changed in the mountains.

Recently, in my self-appointed role as general cartographer for the valley, I made the hike from Valbona, up the Çerem valley to the (not very imaginatively named) eponymous village of Çerem, and struck off west from there to pass behind (or in front of, if you’re Montenegrin) Kollata – the precipitous mountain forming a large part of the northern boundary of Valbona, heading for Qafa e Borit (the pass of snows), from whence I and my young sidekick (chaperone and amanuensis, both) passed into Mali i Zi (Montenegro) and on to Qafa e Persllopit (thus re-entering modern Albania), intending to camp (which we in fact did) in order to be in position to spend the next day charting the route over the peaks of Kollata e Keqe (Bad Kollata – the highest peak in Montenegro, ho hum) and Kollata (proper – higher, but not the highest in Albania!) – which we did not – chart that is, waking up as we did at 3h30, to horrible rain, increasingly frequent lightening, and crippling winds – so we high-tailed it off the mountain top in the dark (well, dark except for the blinding white of the lightening every minute or so), and amazingly didn’t succumb to hypothermia, a plunging death, electrocution, or anything worse than a torn ankle (me). Amazing really. But the real point of that (very long establishing) sentence is to say that should you, like me, chose to spend a day or two wandering in the mountains around Valbona (on, need-I-say, the Via Dinarica route), you will probably experience more or less what old Selim Pretash did in his time. Except that, if the Marubi photographs are to be believed (and I’m sure they are), people were much more fabulously dressed back then. More lashings of thick, unfancied fur.

Which is to say?

Mountains are probably more-or-less mountains, and not that much needs to be said about them (although I could, and oh, how!) but what is remarkable in Valbona is how this ancient way of living-with-things-as-they-actually-are survives. Mir and I exhaust ourselves stalking up the Çerem path, gaining 500m and 5 km in a little more than 2 hours. Çerem is inhabited between May and October each year, is not electrified and boasts two cafes – one is a small shack wrapped in plastic sheeting and offers Turkish coffee cooked over something like a bunson burner, and the other is Sajmir’s more luxurious shack, with outdoor seating. Both have been built out of whatever could be found or made by hand, a chain saw being the most sophisticated tool. Our friend Berti has opened a guesthouse, and some relative has put up a sign saying “Hotel Gecaj.” From here we head West. 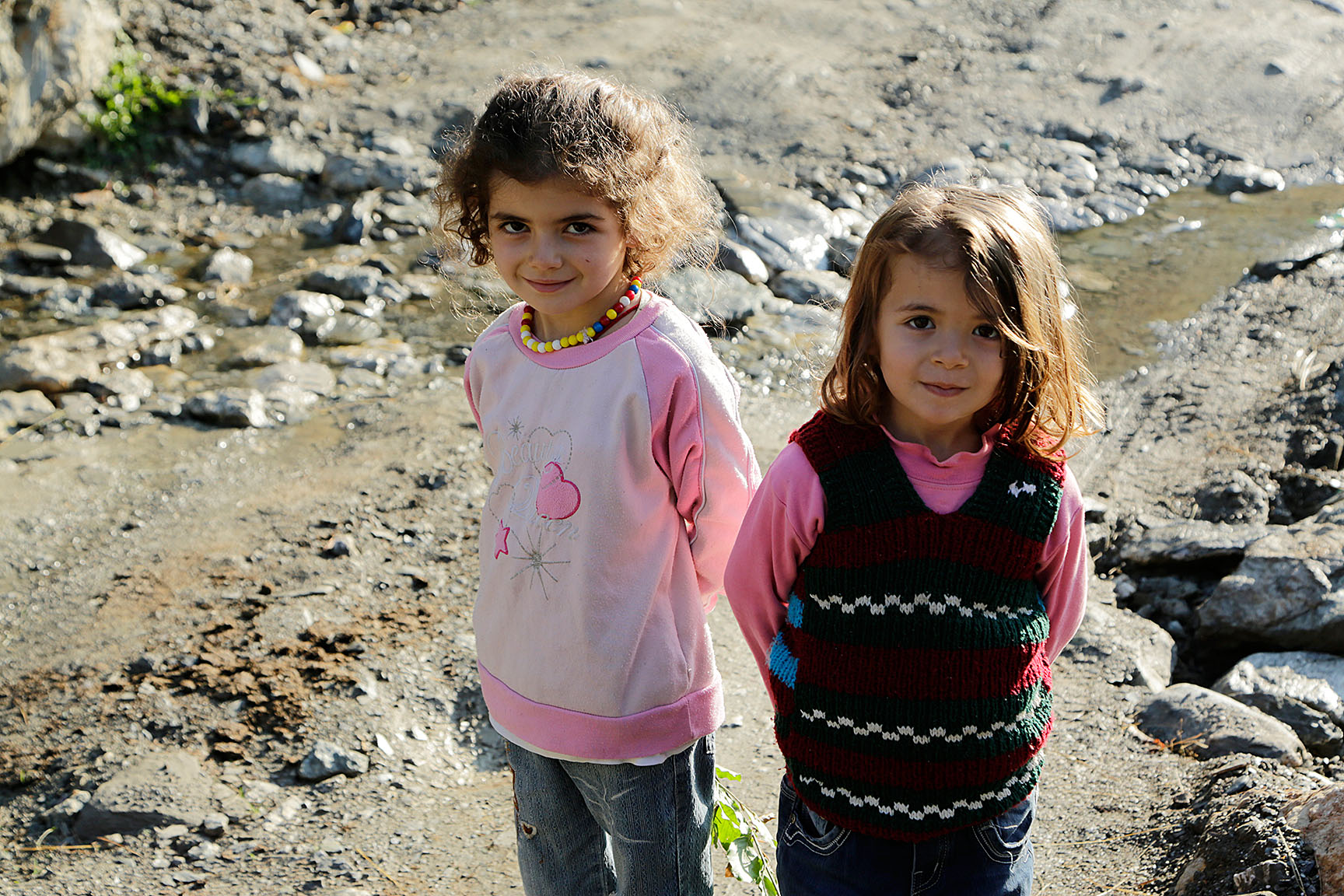 While we’re doing our best to mark trails and put in signs, this is a strange endeavor; a bit like stapling a ball gown onto some fabulous and self-sufficient savage. The paths are there. They’re the Rruga Malore, the ancient ‘Mountain Roads.” The path we set off on is probably one of the ones used by Selim Pretash those 600 years ago, and hasn’t changed much. If you have any sort of old map, and are decent with a compass, you can find your way. Of course, you’ll be helped by the various other travelers you meet. After 3 hours or so, climbing endlessly through silent beech forest, the air is torn by human shouts. A string of horses appears, each horse tripled in size by the mattresses, pots and pans and lumber attached to it. Some cheerful men shout to encourage the horses, to pass the time, to make their mark on the silence? And even though we’re hardly gear-heads, we’re lightly embarrassed to trade nods with the stately ladies, in black pumps and tailored jackets, who are pacing behind the horses. Families coming down for the winter from the Bjeshket, the summer grazing meadows. 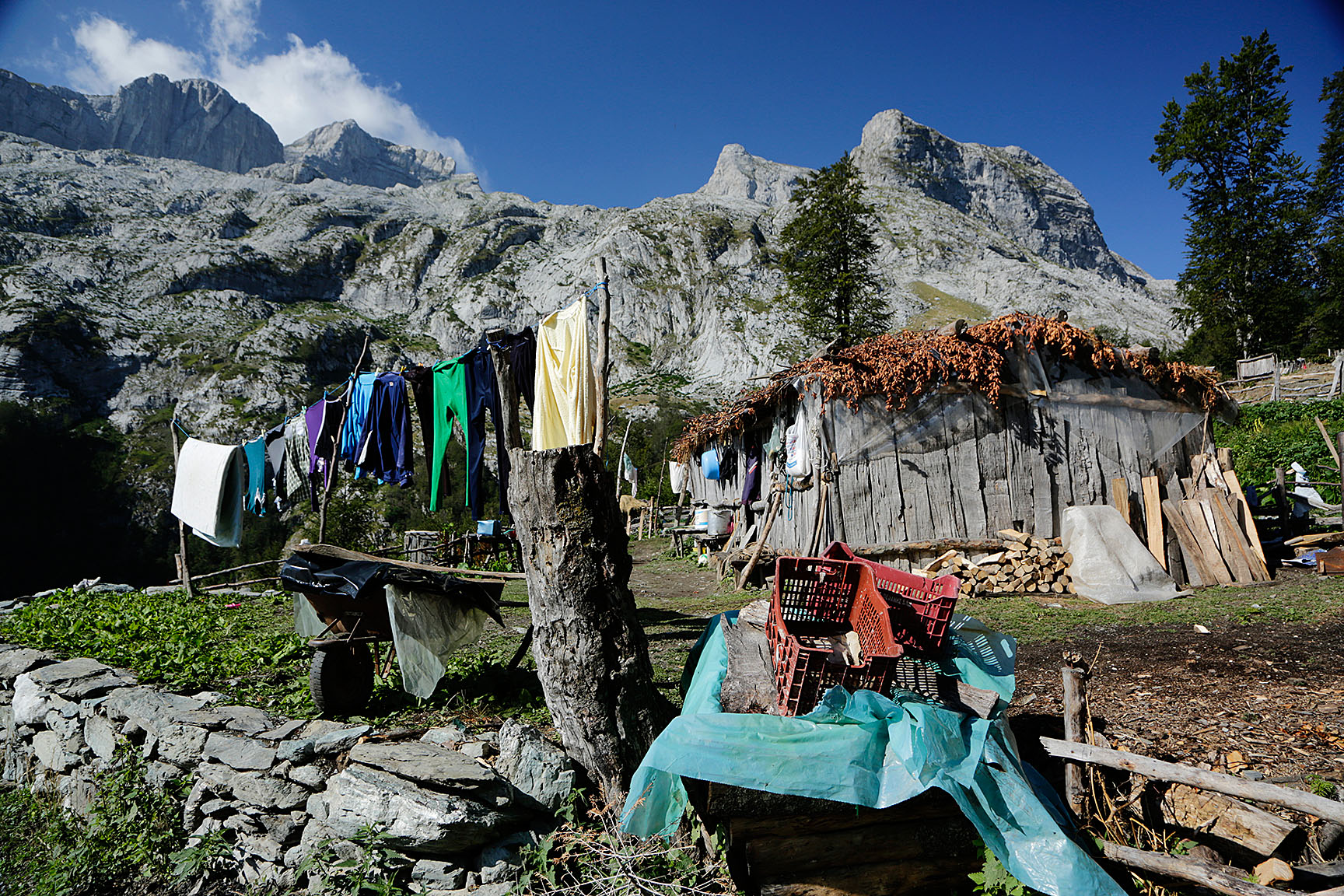 An hour or two on and we emerge into a large set of meadows. Smoke is curling out of the cluster of shacks that makes up the Stanet e Derzhanës. Families on their front porches wave to us as we stagger doggedly on. The nearest electricity is a 3 hour walk away in either direction (being generous). What are they doing up here? Grazing the cows sheep and goats that will give them milk and cheese all year. What else should they be doing? Nothing. Living. Having the children that before the days of amortized investments were the best retirement plan.

Now we’re climbing through rock-seeded fields. The winds have started, and the weird echoing of any sound. Another hour and we reach one last stan, perched just before the cement border marker at Qafa e Borit. Some sort of basic shrine seems to be rising on the horizon, a square of staked logs and plastic sheeting. A few meters higher, and a stan is revealed, a woman stands alone outside the door. All the mountains around are chiming to the bell-tones of her frantic Shari dog’s baying. He lashes himself silly, throwing himself against the chain holding him to the irregular fence. “Come and have a coffee?” she invites us. No, we’re late. The day is short and the road is long. “Tomorrow,” I tell her, “we may pass this way again.” If we manage to circumnavigate the peaks (which as it turns out we don’t). She’ll be gone, she says. Down to Bajram Curri for the winter. 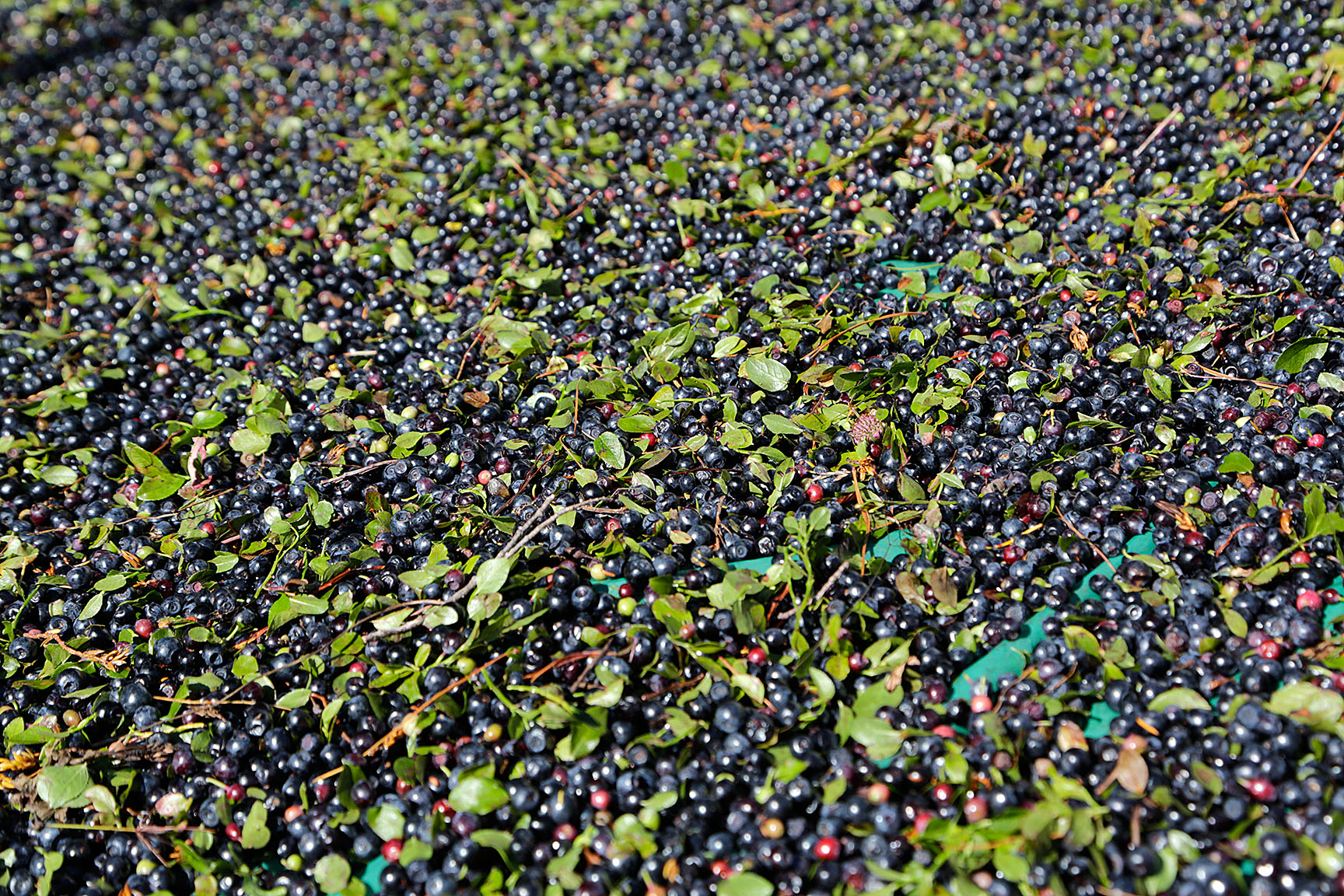 And after this? Hours, still. Stones, wind, grass, peaks and paths. In Mali i Zi, just as we’re thinking we should sit and check the map, we meet another group of shepherds. Butter yellow and fat cows everywhere and sheep. Some horses, with enormous plastic barrels stained purple with blueberries lashed to their sides. They are returning to Vuthaj this night. It will rain tonight, they tell us, and all night. They correct our path, offer us blueberries, and wave us on. Gjithe te Mirat we call to each other as we grow smaller: All Good for You!